To Every Love a Season 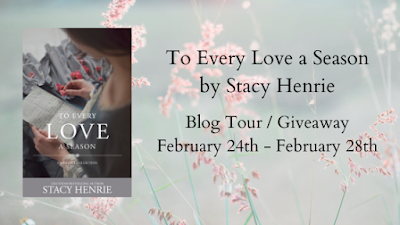 Check out these fun blogs that are also featuring To Every Love a Season:


Enter to Win prizes (today is the last day)!

A USA TODAY bestselling author, Stacy Henrie graduated from Brigham Young University with a degree in public relations. Not long after, she switched from writing press releases and newsletters to writing inspirational historical romances. Born and raised in the West, where she currently resides with her family, she enjoys reading, road trips, interior decorating, chocolate, and most of all, laughing with her husband and kids. Her books include HOPE AT DAWN, a 2015 RITA Award finalist for excellence in romance.


Enjoy these inspirational historical romances brought to us in five novellas.

Back of the Book:

Her Winter Suitor
If Callie doesn’t attract the interest of a suitor by the Patriarch Ball, she’ll be shipped off to England to find a husband. Unwilling to let that happen, Leo, the son of Callie’s favorite chocolatier, volunteers to pretend to be her secret admirer. In return, Callie will ensure his family’s shop provides chocolate favors for the ball—in hopes of keeping the shop from closing. But when their arrangement deepens into real feelings, the two must decide if a humble maker of chocolate and a wealthy heiress can find more than temporary happiness together.

An Unlikely Spring Courtship
Tempest and Bram are both eager to have the most successful mercantile in town. But there are only enough customers to support one store, and neither Tempest or Bram are willing to concede defeat. In spite of their initial competition, the two can’t help but admire the tenacity of the other and eventually they form a bond of friendship. When disaster strikes the town, the pair will have to choose what matters most—success in business or in following one’s heart.

A Summer for Love
When circumstances thwarted their young love, Wyatt and Loralee promised to meet in eight years if neither of them had found someone. This time Loralee isn’t returning to the beach resort as a lowly hotel maid, though—she’s become a renowned singer, performing across the country. Wyatt’s situation has also changed. He’s become a father to his orphaned niece and wishes to provide her with a stable home. But when Wyatt and Loralee see each other again, they begin to wonder if their love hasn’t lessened with time but has deepened instead into something lasting.

Romance in Autumn
Once the daughter of a servant, Phoebe is now an heiress with enough funds to provide herself and her mother with a home of their own. And she knows exactly which house she wants to buy—the mansion at the seaside where she and her mother once worked in the summers. However, James, the son of their former employer, has been tasked to sell the mansion at auction for a price much higher than Phoebe can likely afford. Still hopeful, she volunteers to help James return the neglected mansion to its former glory, and the two become good friends. Yet as the auction draws nearer, they will need to determine which dreams are worth pursuing and which are worth changing.

A Long Winter Kiss
Once the best of friends, with the promise of being something more, Samantha and Rex have seen little of each other since Rex returned home from the war. Samantha is still hurt over Rex eventually asking her not to write him anymore while he was away, and Rex is certain Samantha doesn’t deserve to be with a man who bears the emotional scars of a soldier. However, the two of them are thrown together again when Samantha’s father is unable to deliver his annual Christmas Eve gifts. As Samantha and Rex perform the task, the walls between them start to crumble, making them both hope in the miracles of the season.

You can buy the e-book or paperback at Amazon.

Which one will you read first? (Do you go in order like I do or pick and choose where to start?)

To Every Love a Season

Check out these fun blogs that are also featuring To Every Love a Season: Feb 24: Heidi Reads / The Bibliophile Files Feb 25: Em... 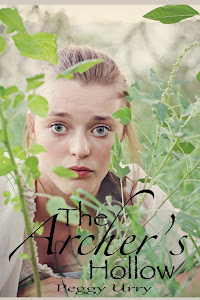